Hey there gang! Buckle up! In this post you’ll see early concept work for the characters in the book as well as some finished concept items. 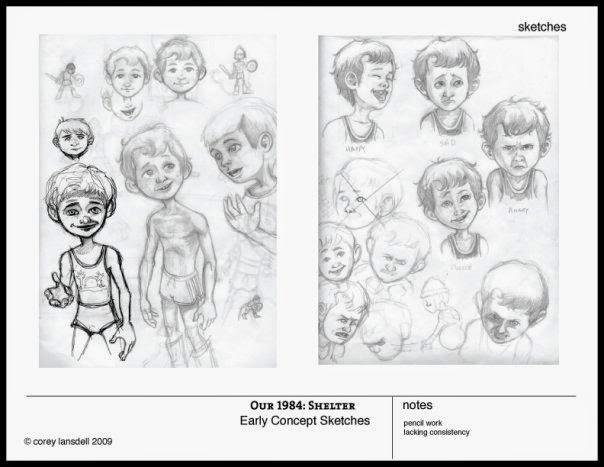 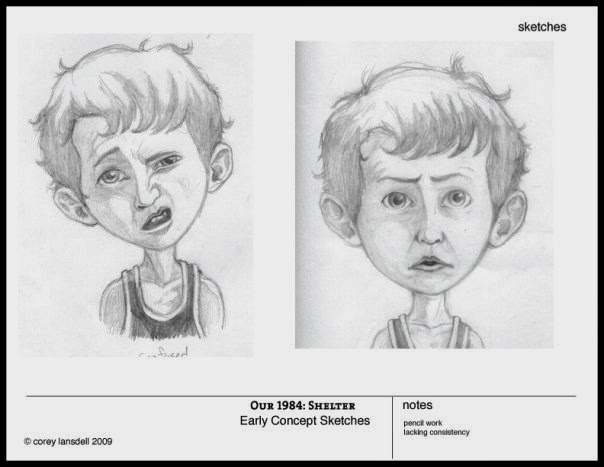 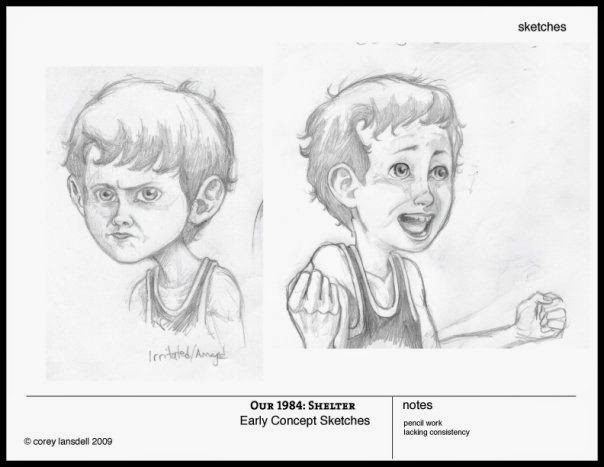 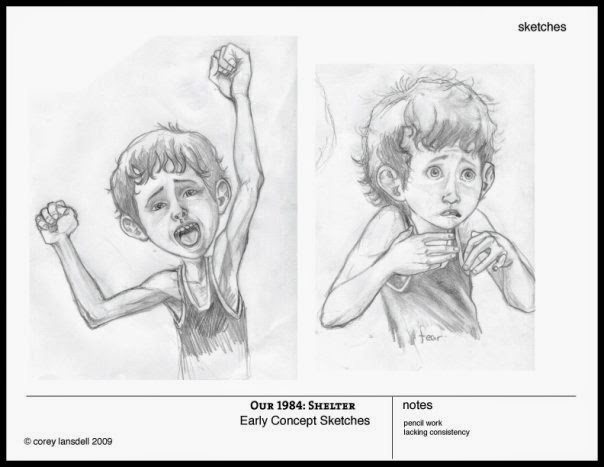 The sketches helped me immensely with the process of arriving at the final style for the illustrations in the book. You can probably notice a struggle in this series of sketches to maintain conformity across the rendering of the character. It wasn’t my intention during this exercise of drawing expressions to vary the style…it just happened. It took me a while to realize that perhaps I should begin with creating model sheets for the characters. The sketches below were done after having finished half of the model sheet for the younger brother. They took me a fraction of the time the above sketches did… not only because of the lower amount of rendering on them but because I had a character model sheet to reference. Too much logic for me. 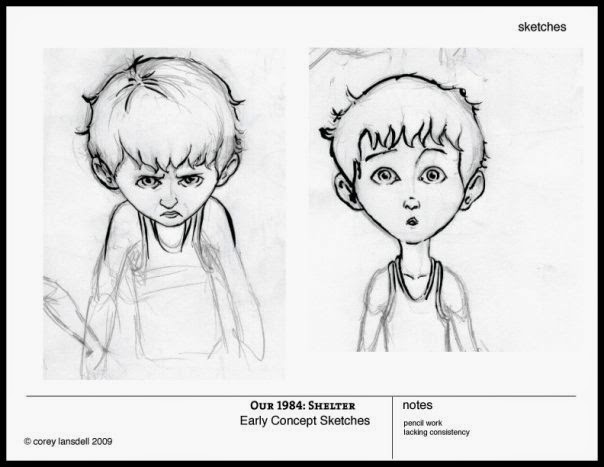 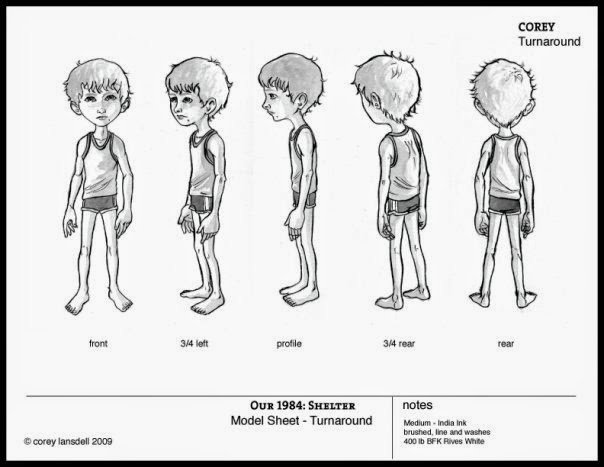 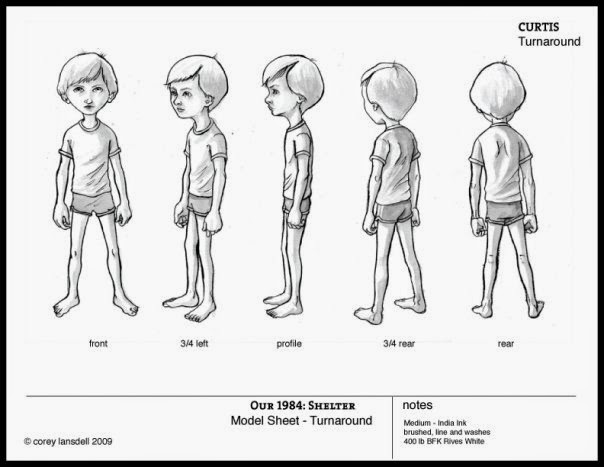 The character turnaround for the older brother in the story (seen above) is one of the building blocks for consistent character rendering throughout the story. This is one portion of the finished concept work. I will be doing the remaining angles so I have a view of him from his right side as well and I will also be doing a close up of his head in the same fashion. These will act as my primary model sheets for the design of the characters which I will reference throughout the creation of the rest of the book.

The following images are examples of some of the experimentation I’ve been doing with different mediums. I believe I’ve set my mind to doing the book using India Ink brushing lines and washes to define the character. I’m still experiment with how I will render the backgrounds and hope to have something done in that area soon. Some really exciting things going on there… I can’t wait to share them with you. 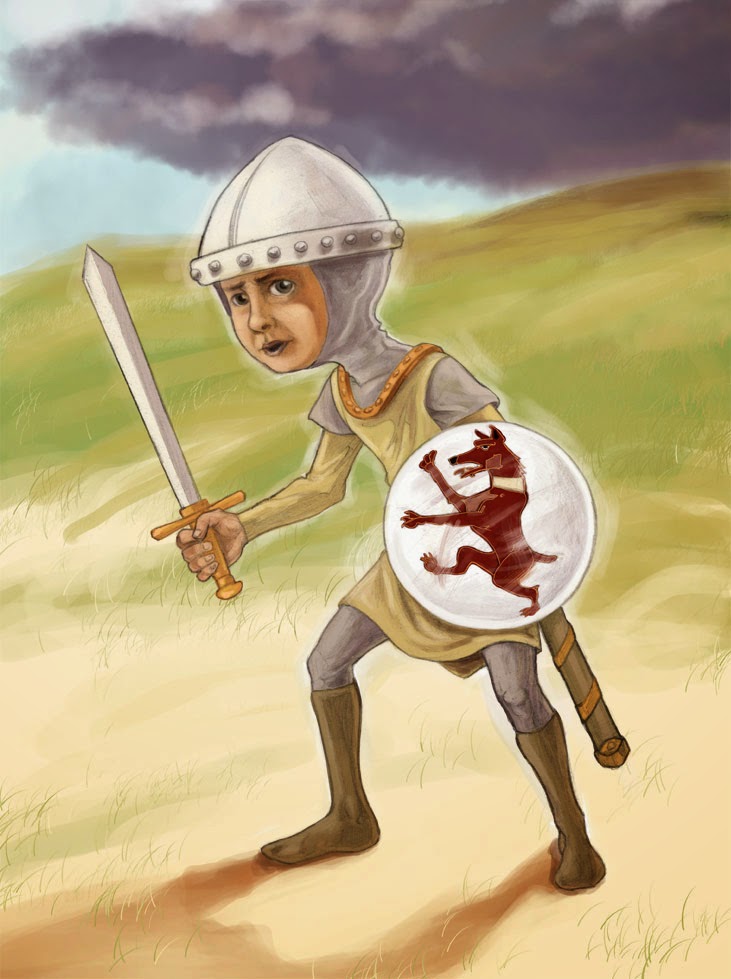 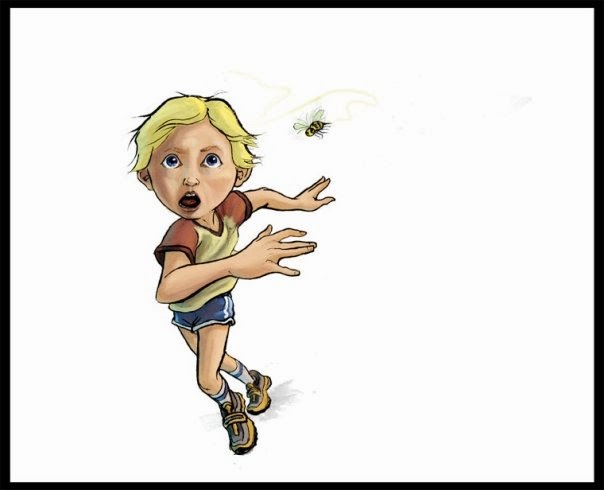 The image of the older brother running in utter terror from a pursuing bumble bee is a finished example of how I intend to render the characters. The process marries ink and ink wash analog illustrations with colours done in photoshop on my Cintiq tablet. It’s a very fun and interesting process and I love that fact that it combines elements of my fine arts roots with my more recent digital career.

Well, there you go. I hope that you’ve found this interesting enough to come back for my next post. Until then I’ll be finishing the character model sheets and playing some more with background rendering. T-T-F-N… Ta ta for now.