I’ve been reading Illustrating Children’s Books: Creating Pictures for Publication by Martin Salisbury (Course director for the first school in the UK to offer an MA in Children’s Book Illustration). Being new to the world of Children’s Book Illustrations is great! I’ve discovered many new illustrators and have enjoyed learning about the history of the craft. One such illustrator who I came across is Winsor McCay. His work stuck out to me because he broke ground in the way in which he used sequence in his work. The following is an excerpt from the aforementioned book:

Winsor McCay’s contribution to the development of sequential art for children is immeasurable. His Little Nemo in Slumberland is widely recognized as a work of genius that paved the way for much subsequent invention in comics and children’s books. The strip first appeared in the New York Herald in 1905, and over the years McCay became increasingly daring with its design, structure, and content. 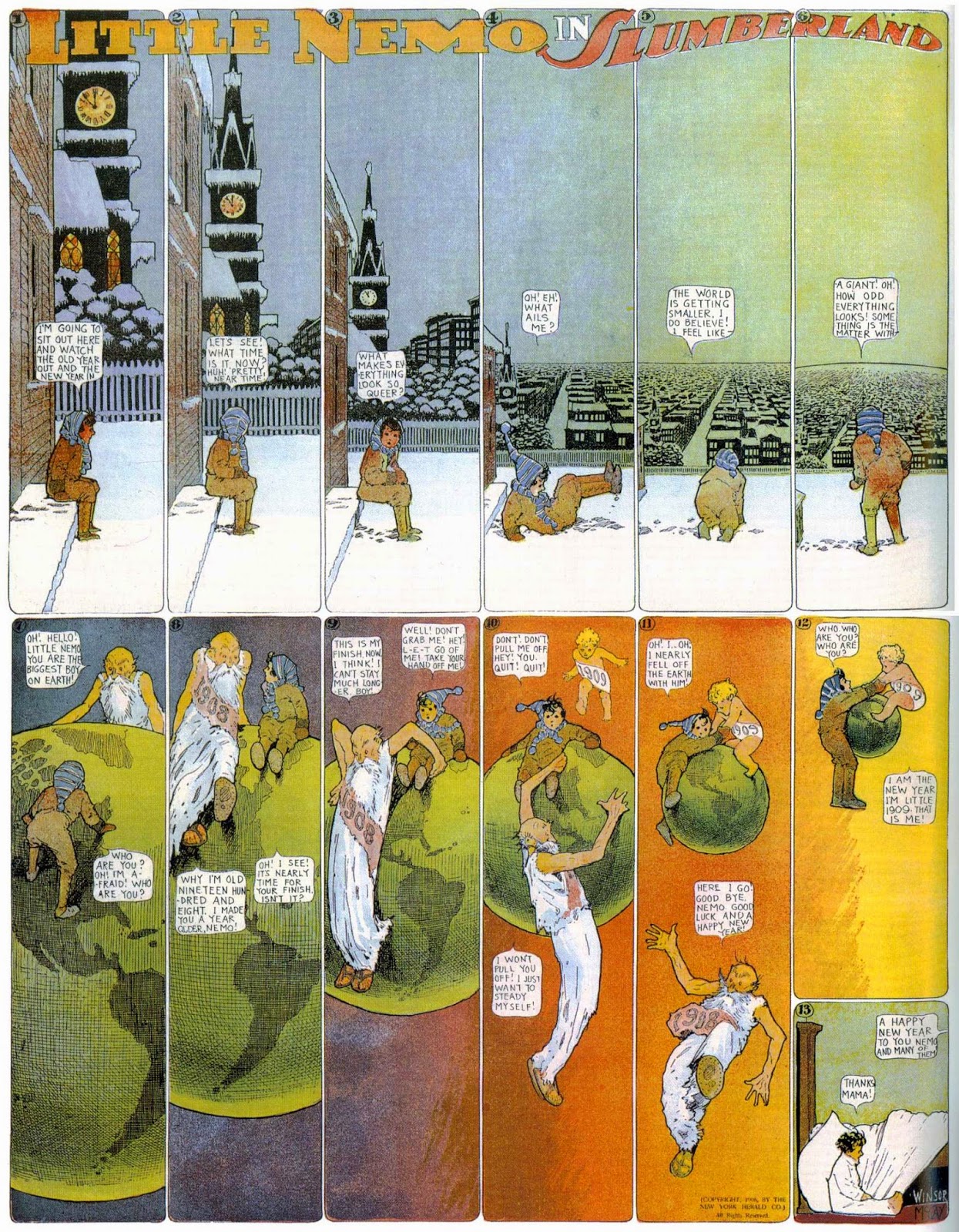 The above image sequence was included with the text in Salisbury’s book. My story will include some sequential elements, many of which are narrow and vertical, very similar in size ratio to the panels in this sequence. Needless to say I was excited when I came across this work. It’s so imaginative and such a joy to read (the image included here has dialogue in an Asian dialect sorry). I love how the final panel acts as a period to the sequence, being 1/3 the size of the other panels and a shade of colour closer to the first six panels. It ties the sequence together visually and punctuates the story perfectly.

I’ll be posting more of my own work in the near future but just wanted to share a small chunk of the info that I have been absorbing during this process.