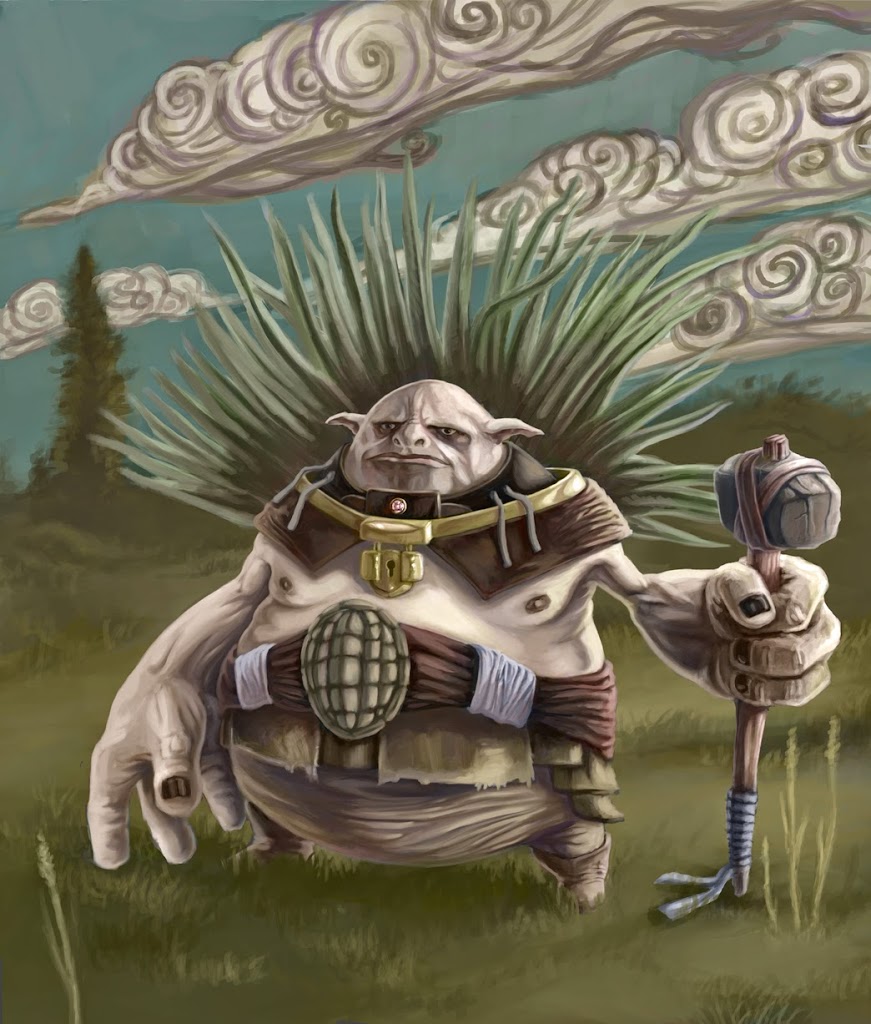 He’s so cute! Behold the mighty Troll. As you may know already, a few months back my hard drive was wiped clean during an attempted install of windows xp on my mac. In that tragedy was lost two concept paintings of a troll. Well here, back from the dead or re-illustrated I guess you could say, is the mighty troll. Below are a few concept sketches and notes about the design both esthetically and conceptually. 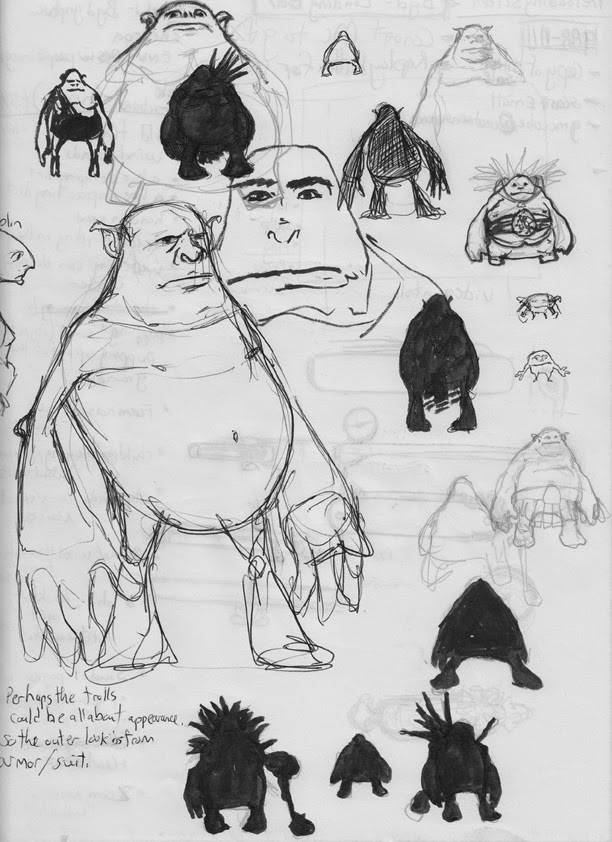 The silhouettes on the page above were instrumental in coming to the final design seen in the painting of the troll.

Esthetically, the troll lends from a few contemporary sources. The trolls of the Lord of the Rings films and the Legend of Zelda: The Wind Waker. I find the designs in the Zelda games to always very successfully walk the line between cute and scary. I’m trying to achieve that balance and found looking back at The Wind Waker in particular very helpful.

Below you can see the real strength in the concept of the troll. I’m excited because the troll will be used in the story to carry the idea that sometimes life’s challenges can seem larger and more potent than they truly are. Trolls are actually little potato shaped creatures who drive an exo-skeleton. By nature trolls are fearful and cowardly, they drive these large bodies to give themselves strength and to intimidate those who would threaten them. This design feature will be used as a vehicle to convey concepts around courage, fear, bullying and anxiety. It has become increasingly important to me, as I think about Our 1984, to understand how creating this story is allowing me to reflect on my own life experiences, and how the story could be used to encourage children facing similar experiences.

I’m very pleased with the design of the troll, both esthetically and conceptually. It occurs to me that finding new ways to explore classic mythological creatures is both challenging and rewarding. Next up, Goblins. I’ve got a few ideas for them sketched out already. Until next time then!